The bride of Christ is the most perfect of women imaginable. She is flawless, for He has made her so. This is the Gospel. She is lovely because she is loved, and precious because He has treasured her above life itself. In the “now and the not yet” of her life in Christ lies an unmistakable sense of betrothal, yet the Scriptures are clear – Christ and His bride are one. There is already inseparable union. We must resist thinking of the church as Jesus’ fiance. She is Jesus’ wife! This remains the defining truth, even if it has not yet been made manifest in all of its fullness.

How this truth applies to the local church is the question, for it is in the local church that she is to be seen in her frail humanity. Here we are constantly reminded of the giant chasm between status and state, position and condition.

And so it is that in the local church an enormous amount of effort goes into closing the gap between who she is and how she appears. This is legitimate endeavor, for the Scriptures unequivocally encourage discipleship towards maturity. How it is done is the issue. Some leaders have been known to take a whip to the girl. Others impose rigorous training regimes, and only the fittest of the believers survive. I’ve even known leaders to take scalpel in hand, literally amputating parts of the body that they regarded as grotesque or as under-achievers (“Please go. You don’t fit in with us. This is not the church for you”). Mercifully, many more are mercifully more inclined towards carrot than stick.

My thesis, though, is that neither stick nor carrot are useful. The transforming power of the Gospel lies in change of identity rather than change of behavior. Appropriate behavior flows from identity rather than away from the stick or towards the carrot. Instructing, correcting, challenging, and even rebuking on occasion may well be necessary, but this should never be done in ways that contradict her essential nature. The church is not in essence sub-standard; she has been made perfect.

Of course local churches should put their best foot forward. One can be equally real when well groomed as with mussed hair and bad breath. But the truth is that the church only has one sustainable source of beauty, and that’s Jesus. She becomes authentically attractive when He is the attraction. My conviction remains that ministry to the local church is not to improve her, but to bless her, persuading her of all that her Bridegroom has already done. 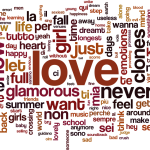 Words have meanings and meanings have words.

We can get so focused on the former that we lose sight of the latter. I’m not suggesting for a moment that we cease to do due diligence in our approach to the Bible, but we can get so caught up in intricacies of the language and grammar that we miss the point entirely.

Jesus is the Word of God. He is what the Lord has to say. To us. Today.  And what a message He is!

Words have their place, of course, and I’m a strong proponent of responsible Bible interpretation. The Spirit and the saints of old went to great lengths to ensure the integrity of our Bibles, and so to treat the text as anything other than accurate is to insult its heritage. But let’s not allow our emphasis on accuracy to lead to our being blinded by the details.

It’s the Pharisee in us that nudges us towards majoring in minors in this way. They even tithed on their herbs, which was the kind of behavior that Jesus described as straining out gnats while swallowing camels. Don’t you just love the imagery there. In literary terms its called hyperbole, i.e. making your point by being a little over the top. Do you know how small a gnat is? Have you ever ridden a camel.

And so it is that our Christianity can spiral into mountain-molehill confusion. We can berate ourselves and other for all the praying, Bible reading and church attending we’re not doing. Chapter and verse can be applied to everything and everyone, everywhere. Our Christianity can be so perfectly packaged in what we do, where we go, what we say and who we hang out with, that when it;s all said and done we can’t help but impress ourselves. And in paying close attention to all all these details we can consummately miss the point. Hair-splitting hypocrisy is within reach for all of us should we lose sight of keeping the main thing the main thing.

Words have meanings and meanings have words. Remain true on the meaning, and our lives in Christ will find appropriate words and actions with which to express it. From time to time we may be misunderstood; Jesus was. But that never changed His message, and neither should it alter ours. Father, Son and Holy Spirit, in and through Jesus, are loving and redeeming their world, and we are a part of His redemptive plan. This is our story. This is our song!

Humankind lives in the shadow of the fall. This is a sadly inescapable fact. Much more important, though, is that we live in the light of the cross also! Both influence our lives, but they are not equal influences.

Light and darkness are not the two great opposing forces jostling for dominance; neither are good and evil cosmic realities locked in battle for supremacy. This might be a popular notion, but nothing could be further from the truth. The reality is that the cross of Christ was already blazing brightly by the time God said, “Let there be light”. This claim can be made with confidence because the cross was the manifestation of the Eternal Covenant agreed upon in the Godhead before creation commenced.

The implications are immense. The Lord took full responsibility for saving us before ever creating us. Father, Son and Holy Spirit knew that should first Adam be created with free moral agency, a second Adam would be necessary. They also knew all that would be required of that second Adam, were He to be redemptive of first Adam and his progeny. In ways too lofty for us even to imagine, each member of the Trinity committed themselves to the redemption-plan and their respective role in it. Nothing was left to chance. No one was put at risk. God Himself, unilaterally, guaranteed the redemption of everything redeemable!

Light outshines darkness for it is more powerful than darkness. This is no coincidence. Light overpowers darkness for it preceded it! Our eternal security lies in these foreordaining truths. In a physical sense light came out of darkness, but in a spiritual and ultimate sense, Light is before darkness ever was!

You and I are saved because of an agreement the Father, Son and Holy Spirit entered into before the beginning. The crucifixion had its date and time, as did the moment in which we believed. These two events make our salvation factual, anchoring it in history. This is good. Even better is that history itself has an anchor in that which predates it – our Triune God. History, correctly understood, will therefore always be His Story!

Both are desirable; both are needed; both are good!

The fresh start is what we long for when we’re in a bind. Nothing wrong with that. This is the stuff that lotto-winning fantasies are made of. The stuff of miracles. New job, new house, new car, new country, new life! The dreams of others touch us deeply because we identify. New bone marrow, new liver, new optic nerve. And how uber-cool it is when these things happen. And they do! Our God is a God of miracles, and if you’ve been around Him much you’ll have seen it all – new job, new house, new liver, new optic nerve.

But fresh starts are not always good enough. The Lord once offered Moses just such a fresh start (Exodus 32:7-14). “New everything”, God generously offered (I’m paraphrasing loosely). To folks in a bind his response is incomprehensible. “Thanks for the offer”, he said (more loose paraphrasing), “but let’s rather stay with this mess” .

Why would anyone do that? Two reasons in his case. The first is obvious. Accepting God’s offer meant certain death for well-upwards of a million people, some of whom were Moses’ family. By declining, he was saving lives and granting multitudes a second chance. It’s a great lesson. Sometimes we stay with the mess for the sake of others.

The second reason Moses declined is because he understood. He understood that he was just like the rest of us, and any fresh start would be a temporary solution. None of us can pull off the ideal. He made a good call; he was excluded from the Promised Land along with the rest a little later on. The truth is that fresh starts don’t produce utopia because of the fallen-factor. However much we might resist the thought, miracles are in and of themselves only temporary fixes. Tomb-exiting Lazarus is not still alive today. Winning the lotto destroys many lives. New jobs don’t always work out, new cities become old, and new cars fender-bend just as well as the old ones.

Thank God for miracles, but the new birth is much more. Being born again is a permanent solution. It is much more than a fresh start. It is a new beginning; a re-defining; an altogether-other intervention. Praise God for miracles, but the engine-room of transformation is not the fresh start but the new beginning! This is so, because, rather than settle for a change of circumstances, the new birth produces a brand new you!

This new beginning was not an option for Moses – the New Covenant had not yet been cut; the Spirit had not yet been given in fullness; union with Christ and regeneration was yet come. It was not yet an option for Moses, but it is our reality. The new beginning that was beyond Moses was in reach of Jesus, who began anew for Adam, and in so doing began anew for all of us. In Christ, we are new creations. We have been made new! Miracles deal with symptoms; the new birth deals with underlying causes. Fresh starts are great – they intervene in our circumstances; new beginnings are even greater – they transform us. Miracles bless us; the new birth makes us blessed.

You might need a miracle today. Many of us need a few. Let’s ask God for them and believe for them without apology. But let’s not lose sight of the fact that we are already a new beginning. This is who we are! All the time. Because we are new, every situation and circumstance is already infused with hope. Because we are new, every day is a new day. In making us new, God has already made up His mind about us. He has plans for us, and His are good plans.