“Why are your standards higher than mine?”

I have a long, rich history of one-liners from the Lord. They are inevitably paradigm shifting, and often come as questions to which I somehow know the (wrong) answer. In other words, they always cut to the quick of a matter in an instant. This one was no different. I had grown sufficiently in insight into the realities of the New Covenant to know exactly what He was alluding to. 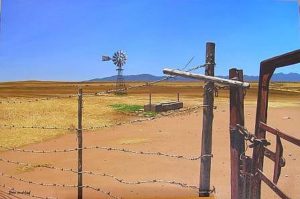 Membership of our church required submitting to a process described as Basic Foundations. It was a series of weekly gatherings for prospective members, including a camp-style weekend away, which had a clearly defined exit point. That exit point included baptism in water and baptism in the Holy Spirit. In other words, speaking in tongues was a requirement for membership. It also included clarity regarding the doctrine, vision, values and ethos of the church. That in turn required prospective members to be in a small group, be signed up to serve in one department or another, and to be faithful in attendance at the worship service. It involved subscribing to a ten-percent-of-gross financial commitment with offerings over and above, although we never policed this in any way. Participation in the prayer meeting was also preferable. With this list of criteria in place, and with both parties considering the fit good, the prospective member moved into membership via a public affirmation of covenant, which was an extra-biblical pledge which we had gleaned from Moravian and Wesleyan traditions.

That’s what it took to be a member of our church. Jesus’ church required considerably less: Believe! Salvation is by grace alone through faith alone and because of Christ alone. The thief on the cross had no problem achieving full, eternal membership in Jesus’ church. He’d have had no chance with us.

What followed was the dismantling of our formal membership roll. At the time it felt like a radical step; now it seems the most natural thought process in the world. What an accurate Gospel does is turn the volume down on the local church, it’s demands and distinctives, and the volume up on the universal, eternal, catholic church, where all who are in Christ belong to Him and to one another. The local church, we now understand, is simply a manifestation in time and space of that glorious church universal.

I had long defended our rigid membership rituals by arguing for the need for like-mindedness in vision and values, and by insisting that any leadership serious about giving account to God for their flock would need clarity regarding who was in and who was not. I now see that it was a means of manipulation and control, fundamentally divisive in the context of the broader church, and a keystone of our practice of exclusivity. If the windows and the doors of the house were to be open, then elaborate membership procedures would have to cease. 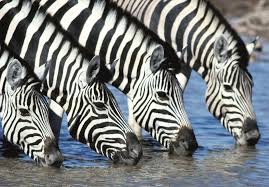 The Lord reassured our hearts by encouraging us to not fence the waterhole. Fences, after all, keep things out and keep things in; it just depends on which side of them you’re on. Our intention was to become more a game reserve and less a typical farming operation. He made it clear that the sheep were His, not ours. He taught us that as His under-shepherds, we elders remained accountable to Him for oversight of the corporate expression, while not being responsible for managing the freedoms of the individual sheep. Slowly our paradigms moved towards free-ranging, and we were able to open our hands and release our membership into following Him. By the way, they’re so much more secure now, because their security is in Him, and no longer in the church they attend.

To change the analogy yet reiterate the point: It is my conviction that should a Martian beam down into our parking lot and ask any church member, “who is your shepherd?”, the answer should be “Jesus”. Change the question and ask them to identify the leaders of the church, and they should point to the elders. This is no semantic difference; it is foundational to how we understand the local church. The people of God belong to Jesus. He is their shepherd and they are by definition Spirit-led. Leaders have no right to make church or personal loyalties a point of accountability. Our role is to help them discern and obey the will of God. Nothing more; nothing less. And then to be grateful for the degree to which that has them faithful to the local church.

This in turn has enormous implications for the funding and otherwise resourcing of local churches. Things must be done differently. This is not only possible; it is preferable. Thinking in this way has rendered me bi-vocational, and has positioned us to preach the Gospel of God’s unconditional love without strings attached. There is simply no mechanism in place to embroil anyone in our brand. Those who settle amongst us do so because the Lord Himself settles them. That thief on the cross would fit in amongst us just fine now. Week after week we enjoy gathering at the well of Living Water, celebrating Jesus and all that He has done, and watching His people gather to drink, just as we would enjoy an evening at the waterhole in the game reserve, watching His magnificent creation draw near to be refreshed and replenished. 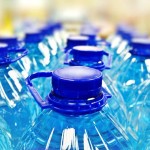 Severe drought has spawned innumerable initiatives for collecting and delivering water to those most acutely impacted. The challenge presented by dusty reservoirs and dry pipes is being addressed by compassionate people unleashing mercy-filled synergy as together with like-minded others they tap the potential of their interpersonal networks. Their initiatives are organic, practical and flexible, and everyone whose heart is moved can participate. Any container will do. For our household, that means that no plastic container (typically bottle) is discarded, but makes its way to a collection point. No fuss, and for each one who gives, according to their means and circumstance.

What an excellent parable of how the living water of the Gospel should reach every community under the sun. A team effort, unlocked and enriched through interpersonal connections of all kinds, with every believer participating according to their own gifts and callings. Simple, fluid, dynamic, cost effective and compassionate; not over-thought, over-planned or over-engineered. This is surely the recipe for the whole Gospel to go to the whole world in our generation. Let’s simply encourage all believers to get on with it, from the heart, and the Holy Spirit will ensure that there is nothing lacking at the end. Energy- and resource-sapping human organisation and control will give way to breathtaking divine choreography. All that’s needed is a paradigm shift in the hearts and minds of the many.

There’s a second lesson here also, at least as profound as the first. Imagine for a moment that you’re one of those delivering water to drought-stricken Smithfield or Aliwal North. The four trucks pull into the dusty urban township and the residents come flocking. They surround the convoy and cheers and whistles fill the dusty air. Despite the spontaneous nature of it all, these are desperate times, and an orderliness soon prevails. There is something for everyone, and offloading and distributing the liquid gold will be done in a jiffy. But suddenly, and most unexpectedly, things take a rather strange turn. Water that has been donated freely for anyone who has need will only be given to those who qualify for it. The selection criteria are all a bit vague, but those in charge of the particular convoy get to decide who qualifies and who doesn’t.

Such a proposition is outrageous. But does it not approximate the preposterous way in which we Christians at times behave. Salvation is a free gift, fully provided by God, for the whosoever will. Yet depending on our particular church affiliation (convoy), the Gospel is all too easily prejudicially dispensed in accordance with our norms. The love of God is for everyone, we say, but by which we can mean everyone who is repentant enough, serious enough, grateful enough, upright enough, or otherwise deserving enough in our eyes. But the truth is that the Gospel is not just for us, or for people like us, or for the people in a church like ours. It is to be equally lavished upon everyone, for it is intended for all. Indiscriminately, unconditionally, and continually.  All the more, given that Living Water is never in short supply, no matter how dry and sin-ridden the land!

Sunday Snippet. A prayer together. #SoMuchGoodNews

To pray is to accept that we are, and always will be, wholly dependent on God for everything.

Don’t let anyone charge you for what God has freely given. #grace #loveofGod

To truly forgive we have to release the urge to exact payment from the other and make them hurt how we were hurt, feel what we felt.