In control, but not controlling

In control, but not controlling 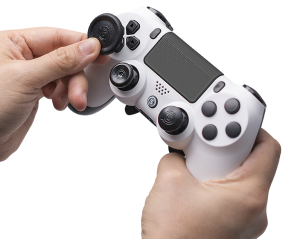 God is the least controlling Person I know. That’s quite something, given that He is also the One most able to control things. Sovereign, non-controlling God – that’s who He is.

Refusing to control people has done His reputation endless damage. All over the globe, multitudes seethe. If there is a God, they reason, He must be infinitely despicable if He is able to intervene, yet refrains from doing so.

The reason such a conclusion is deeply flawed is because He has intervened. The cross is the ultimate expression of love and justice, and the basis of any and every other intervention He will ever make. Creation in His image granted mankind volition and delegated authority. With is came responsibility. He is not to blame for the mess we’re in. Satan is. Sin is. And we are!

Let’s imagine for a moment that God had opted to be an interfering, manipulating, controlling Sovereign. Let’s imagine that He not only mediated for good, but actually enforced it. Do we really think that we would have appreciated His dictatorship? Every indication is that we would’ve resented Him for it, for we resent those who infringe upon our free moral agency. Fact is, we are ultimately all the rebellious teen who deeply despises parental control, and who will behave outrageously in order to stake claim on our independence in ways so convoluted that they invite unthinkable pain and horrific consequences. Were God controlling, we would “show Him”, of that we can be sure.

Fortunately our God is not insecure. He is in control of all things, and supremely confident in His ability to save. We might be out of control, and our world might be out of control, but He isn’t, and neither is His world. That which is redeemable will be redeemed. He has engineered it so. That is how a perfect loving Heavenly Father can have so many children in pigpens of all kinds at any given time. The hairs on our head are numbered, and His arm will never be too short to save.

Get this, and you’ll hate rebellion, shun sin, love what is good, and be submissive of heart. “All we like sheep have gone astray”, says Isaiah, and not much good has it done us, that’s for sure. Fortunately the thought doesn’t end there. “And the Lord has laid on Him (Jesus) the iniquities of us all”. Therein lies every good thing. Sovereign God is not controlling, but He does save. He has saved us from sin, and if we’ll let Him, He’ll save us from ourselves.