This is the fifth and final in a series of posts documenting the paradigm-altering revelation that has fashioned my understanding of the local church, and of the Gospel that shapes her. All five revelations came as one-liners from the Lord. Read about the first four here: Open the windows and doors; Preach the New Covenant; Don’t fence the waterhole; No flags.

The fifth one-liner came in ways just as dramatic as the other four. Having settled in my spirit over a period, a visiting ministry sounded it out by giving it to me word for word over dinner, having received it for us as a word from God: “The Lord is building a broad multi-laned highway here”.

Bear in mind that at this time we were going through some significant challenges as a local church. Before all was said and done our list of trials

would include two church splits, with the second precipitated by relationship-ending ultimatums from the family of churches of which we had always been a part. We were numerically and financially devastated, disorientated and displaced, and focused on little more than survival. With all respect to New Yorkers, we referred to the meltdown as “our 9/11”, and thought about rebuilding as from “ground zero up”. All we had was the foundation of the New Covenant, which is indeed all you need.

Traditional wisdom in that kind of situation was to get back to basics. A metaphor gleaned from the corporate world expresses it well: “Get the right people on the bus”, and “get the right people in the right seats”. In other words, get the vision clear and build your team accurately, playing to strengths. This is sound leadership advice for any performance-orientated environment: Do it, and everyone will know where you’re going, who is who in the zoo, and what needs to be done, by whom, and why. This was how we had done things in the past, and the only way in which we knew how to operate as a leadership. The only problem was that it was not a good fit with our freshly adopted New Covenant paradigm, which was not performance orientated. We’d been through an extreme makeover, and our Christianity was simply no longer about what we needed to do, but about what Jesus had already done!

How profound then is a “broad multi-laned highway”. What this one-liner did was change leadership’s role from vision generating and casting to facilitating vision. From then on the “vision” for the church no longer lived in the hearts and minds of the leaders, but in the hearts and minds of the people. Everyone was to be encouraged to do the good works prepared by God for them to do. Nothing more; nothing less. These were the vehicles that would populate the highway. 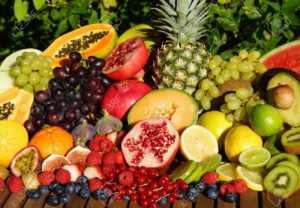 This has all been an extraordinary game-changer. We’re as supportive as we know how, and have watched as the Lord thrust our congregation into service. Some have changed jobs. Others have adopted children. A few have started NGOs. A number have volunteered for service in these NGOs, and in other organisations like them. Folk are reaching out to others. They’re caring for immediate and extended family in new ways. There are those that are approaching their jobs, businesses, recreation and art with new eyes. It doesn’t matter what the good work is; the important thing is that it is God-given and done in faith.

This “doing the good works prepared for you to do” is the only significant point of accountability amongst us, and presupposes necessary accountability in character underpinning the outworking. Momentum is gathering all the time, even though we as a leadership have done little to create or sustain it. Congregants are treated as responsible for their own lives, well able to hear God, empowered by the Holy Spirit, and appointed for good works in Him. Treating them in this way has made the Gospel to be the self-fulfilling prophecy the Lord crafted it to be. It saves, transforms, enables and deploys.

Clarity about this has simplified church life no end. The preaching encourages folk in the fullness and freedom that is theirs in Christ. They then hear the Lord and get on with it, following the Spirit, with us providing pastoral support, coaching and mentoring as appropriate. “In the church” the children’s ministry runs itself. So does the worship team. There are also some small groups that are by and for the congregation, but these are few. Most of the activity is “out there”.

From a church leadership point of view this “broad multi-laned highway” is something of a two-edged sword. The great positive is that as a leadership you’re living the dream. Congregants take responsibility for their own lives, have their hands full of kingdom business, and are fulfilled in life, call and destiny. The down side is that their time, energy, gifts and resources are directed to the coalface of their endeavors, and there is little left for doing church in traditional ways. On any given Sunday morning (not to mention midweek) a number of the congregation are “out there” doing the good works prepared in advance for them to do, which means that they are not “in here” making church better. The net result is a very fruitful local church that masquerades as a loose and disorganised affair that is not very successful at all. Unless you know what to look for, that is!

And so it is that a broad multi-laned highway continues to form. On it are vehicles of all descriptions, driven by congregants of all ilks. Some are very committed to us as a local church. Others are pretty much passing through. Some are small single-seater ventures; others veritable buses that need “the right people on the bus” and “the right people in the right seats on the bus” in order to get where they’re going. Each is legitimate in its own right.

It might be helpful, in conclusion, to mention a few of the essential adjustments necessary in our leadership paradigms in order to migrate from “bus” to “highway” thinking.  1. You have to get over your insecurities. Leaders are no longer in control, and personal loyalties no longer factor in the equation. Some members will even get serving in other churches while still considering yours their home. Deal with it. 2. If you want people to be healthy and productive, you have to place a high value on rest. If folk have families and are shouldering careers and ministries, they’re stretched. They are going to take Sundays off quite regularly in order to stay healthy. Get used to it. Attendance measures nothing useful in this environment. 3. As David taught us, those who stay with the bags get the same reward as those on the front lines (I Sam 30:21-25). Sometimes all people can do in life is hang on, and this can be so for an extended period. During these times they appear to contribute nothing. A New Covenant environment does not penalize or prejudice them in any way for a lack of performance. It’s Holy Spirit’s job to get God’s children fruitful. Make peace with it. All of that to say this: Fruit is fruit. In preaching the Gospel we after week, you pay attention to the root. The fruit comes, and is His business, not ours. The Father, not the elders, is the vinedresser.

A final thought, and as a friend puts it: This New Covenant is an extraordinary and remarkable thing. It’s like being out of the boat and on the water. It feels insubstantial and transient, fragile and unpredictable. It’s easy to yield to fear and insecurity. Yet no surer foundation can be found, for we stand on the work of Jesus and the promises of God, all of which are infallible. And Jesus is quick to rescue us when our faith fails us. This is not about us. It is all about Him!