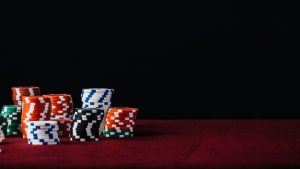 That moment when you slide all of your chips into the middle of the table. All or nothing; do or die; go-big-or-go-home. All in.

It’s just that 2020 has not been dishing up that many winning hands. There’s no real need to make the case for this. We’ve all been-there-done-that, and it’s likely that we’ll continue to be-there-doing-that for quite some time yet, even pandemic aside, as we try to find our way out of the economic and socio-political morass most nations now find themselves in.

The immediate outcomes of the trouble have been predictable enough. Toss us into a sea of trouble and it’s always the same. Stress abounds. Vulnerabilities surface. Fault-lines crumble.  The worst surfaces, wave after wave. And in the bottom of the crucible, below the obscuring thick and sludgy layer of dross, the refined gold of tried and tested faith waits to be discovered. This is the way it is with tests and trials. They distinguish between the common and the valuable, the costume jewelry and the true gems, the temporal and eternal. There is, after all, only one unshakeable kingdom; only one true foundation; only one Way; One Truth; One Life.

Collectively, mankind has a relatively well-documented history, spanning many millennia. We’ve watched the sun set on many an empire, and have gleaned that indomitable dominions only dominate until they don’t anymore. The latest and greatest is always only the latest and greatest until it isn’t. You think we’d learn, but as has been said before, all we learn from history is that we don’t learn from history.

Pretty gloomy stuff then! Or is it? Because the Scriptures teach us that from the fall of mankind, when Adam and Eve sinned, all creation has been groaning under the weight of relentless decay. Now there’s a spin on climate change for you. But here’s the thing. The Scripture teaches that said groan, properly understood, is a prayer. And not just any prayer, but a prayer of hope.

It’s a prayer of hope because creation acknowledges it’s Creator, who did not birth His cosmos unto decay, but unto Life. Creator God, who can and will save us. With a Holy Book that is mostly poetry, Christians hold diverse views regarding the details of how it all gets to unfold, but there is no confusion whatsoever when it comes to the big idea: Jesus, the second and last Adam, lived the sinless life no other man could. He died the sinner’s death all sinners deserve. And He came out of the tomb on the third day in glorified body, prototype to the new heavens, the new earth, and the new humanity to come. Jesus, who made all things, and for whom all things were made. Jesus, who holds all things together, and who ultimately gives meaning to all things. Jesus, Lord of all! That’s the meta-narrative into which the innumerable puzzle pieces of daily life ultimately fit. 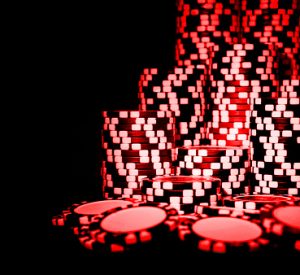 And talking about puzzles. We’re mixing metaphors with gay abandon here, but 2020 sure dished up a few unanticipated wild cards. There not many sure bets out there at the moment. Not much to go all in on. Except Jesus, that is. Because of Him, the temporal will yield to the eternal, the shakable to the unshakeable, and salvation in it’s full and final sense will ultimately come.

That’s why I’m all in. All in with Jesus. And that’s why you should be all in with Him too.

We’re can all hearing the groaning. You can’t miss it; it’s everywhere. To reference another well-known Biblical metaphor – it’s the birth pains; there’s a new creation a-coming, but the birth canal can be a dark and pressured place when you’re in it. We can either add our own groaning to it, but in the ignorance of despairing unbelief, or we can go all in with Jesus, and add our intercession. It’s not co-incidental that amongst the concluding phrases of the Bible is “Come, Lord Jesus”.