Nothing could be more revolutionary than that which is done to you in the moment that you first put your confidence in Christ. The Gospel believed is the Gospel received, and in that instant of faith, the greatest exchange imaginable is effected – Christ’s life for yours!

“And you were dead in the trespasses and sins in which you once walked, following the course of this world, following the prince of the power of the air, the spirit that is now at work in the sons of disobedience— among whom we all once lived in the passions of our flesh, carrying out the desires of the body and the mind, and were by nature children of wrath, like the rest of mankind. But God, being rich in mercy, because of the great love with which He loved us, even when we were dead in our trespasses, made us alive together with Christ—by grace you have been saved— and raised us up with Him and seated us with Him in the heavenly places in Christ Jesus, so that in the coming ages He might show the immeasurable riches of His grace in kindness toward us in Christ Jesus. For by grace you have been saved through faith. And this is not your own doing; it is the gift of God, not a result of works, so that no one may boast” (Ephesians 2:1–9). 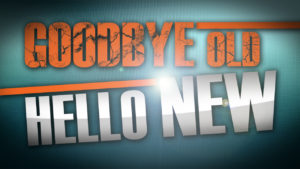 The transformation that occurs is literally out of this world, as in a moment you go from being “in Adam” to being “in Christ”. All of the major metaphors of Scripture apply in that instant – death to life; darkness to light; satan to God, condemned to justified, slave to freeman; enemy to friend – on and on it goes. Many books would be necessary to do justice to the many wonderful facets of this single glorious truth – inclusion in Christ. And that’s the big idea. Believing includes us in Christ. This is not just some sort of transfer of allegiance; it is the all-encompassing transformation of a life. The phrase “in Christ” is ubiquitous in Paul’s letters, for it describes the essence of salvation. “In Christ”; “in Him”; “in Christ Jesus”. Those of us who preach and teach these truths will often refer to this as the believer’s position, placement, status or standing. In Christ!

Christians are saved, but they did not save themselves. They are in Christ, but they did not put themselves there. It is not even their faith that saved them. In the moment that they believed, it was the Holy Spirit who went to work as per the Father’s decree, transferring them from in Adam to in Christ. This was all of grace, and is something that God does to all who believe.

The enormity of what happens is not faith-sized, but grace-sized. It’s not as if those who have great faith receive a great salvation, and those with less faith receive a lesser salvation. Those with less faith may well appropriate less of the salvation given to them, but a lesser faith does not lessen the work of Christ on our behalf. To think thus is absurdity, for those who believe have not just seen, heard or tasted, but have entered into salvation by the power of God. Tentative faith (a mustard seed’s worth) does not unleash a tentative reaction from heaven. Salvation is a one-size-fits-all proposition – Jesus! Rather, believing thrusts us into the white-water of the new birth, and those who have put their confidence in Christ have been carried along by the power of God, away from the old and right into the new.

It is simply not possible to be a half-Christian or a bad Christian. It is not we, ourselves, who make ourselves Christians. It is a work of God, and all that He does He does well. There is only one kind of Christian on the planet, and that is the perfect kind, for we are of His making. Some of us do live poorly representing our in-Christ-ness, thanks to paucity of faith, or to misbeliefs of one kind or another. But that does not mean that we are lesser Christians, for we are all Christians by the same work of the same Spirit. Understanding this is life-changing. In Christ, is in Christ, is in Christ! We’ve received a faith of equal standing before God, writes the apostle Peter. We might have different gifts and callings, and some might fellowship more intimately with God than others do, but we’ve all received equal access to God, with equal rights and privileges. It is all of grace alone, and all because of Christ alone. We have all received the highest title and the richest commendation imaginable, for in Christ we are all God’s beloved children, in whom Father is well pleased. That is who we are. That is our identity. 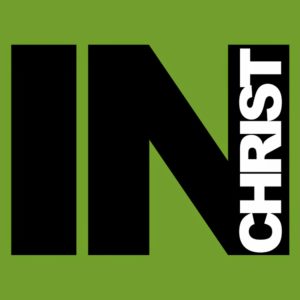 In the moment of faith His story became our story. That’s the Gospel. In an instant, the Holy Spirit united us with Christ, in His crucifixion, death, burial and resurrection. We were raised to new life in Him, and are now seated with Him in heavenly places. We are the saved; He is the Saviour. Our salvation has come through our literal immersion into Him, and into His substitutionary, atoning work. Christians have been baptised (immersed) into Christ. It is this to which believers’ baptism testifies most graphically.

The gift of salvation is not extraneous to our person. It is not like an item of clothing or jewelry, or even like any other experience we might have. It is not something that can be received, explored, enjoyed, kept, exploited or discarded. It cannot be lost or misplaced. It is defining. It’s not so much something we possess, as something that possesses us. Being in Christ is far more a matter of Christ having us than our having Him. Those who have believed have been engulfed in Saviour and salvation just as surely as Jonah was swallowed by the big fish. The difference is that we were not ingested, but en-wombed. We were re-created; born again; re-made. Nicodemus puzzled over this because he could not imagine how he would ever get back into his mother’s womb. He understood the point, just not the means, for the womb into which the Spirit thrusts us is the work of Christ, from which we re-emerge altogether new. 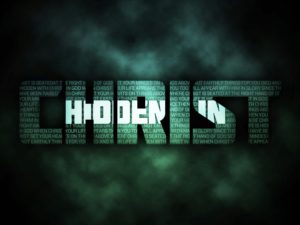 We would better speak of believing into Jesus, even if it is grammatically awkward. Coming to faith is literally believing into Christ, which is what faith ultimately accomplishes as grace is appropriated by the Spirit. It is also why the whole experience is irrevocable. If we were saved by our faith, then our salvation could well be on-again, off-again. But we are not saved by faith; we are saved through faith. Believing opens the door to the tsunami of God’s power, and that which was wrought for us on the cross, is applied to us by the Holy Spirit. It is a leap forward from which there is no way back. In a moment, we are included in something altogether other, immeasurably bigger than ourselves. We are welcomed into a kingdom, a family, a fellowship, a union. We enter by literal re-creation. The Gospel believed is salvation received; the Gospel believed is inclusion in Christ.