The first thing that the Gospel does is inform. It tells people who Jesus is, what He did, and why He did it. It conveys the facts.

As it does so, it addresses any number of things that folk are confused about. Given the amount of trouble in our world, people are surprisingly ignorant of the fact that the mess we’re in is not God’s fault. As we share the Gospel with them, they discover that He is good, and that His intentions towards us are good. They also learn of His plan of salvation, and they learn that it is a free gift already given to them, no strings attached. 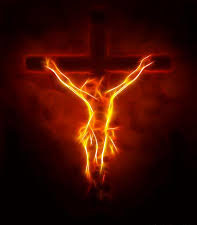 Accurately conveyed, the Gospel has been appropriately described as the greatest story ever told. The ability to communicate it precisely, creatively and skilfully, is within reach of everybody. This is thanks to the fact that the Jesus story is a story that the Holy Spirit just loves to help tell. It’s also all been couched in picture-language and story-form, remember. And besides, every good gift, random kindness, or incident of unmerited favour speaks of it. When you understand this, luck and coincidence cease, and are replaced by a serendipity whose architect is Grace.

Right at the centre of it all is Jesus, last Adam, who identified with our humanity in any and every way. Consider the following: Jesus was conceived out of wedlock, and so was effectively born to a single mom. He was adopted and raised by his step-father. His birth was to a relatively poor family, and in a stable. He spent a part of his early childhood in exile, for His were a subjugated and oppressed people. During His relatively short life He experienced significant loss (His cousin John was unjustly executed), and He was consistently misunderstood. He was also misused, the needy extracting from Him without thanks or concern for His well-being. Then, having done nought but good, He was wrongfully accused, unjustly condemned, and brutally executed even though clearly innocent. Alongside injustice of every kind, He endured frenzied and seething hatred, riotousness, imprisonment, mocking, horrific beatings, public humiliation, betrayal, abandonment, deprivation, loneliness, fear and shame. He died destitute, and even tasted separation from God as He became a sin offering.

During His lifetime Jesus consistently embraced the marginalised, aided the poor, delivered the bound, and healed the sick. He touched lepers, engaged prostitutes and adulteresses, and dined with tax collectors and sinners of all kinds. He held and blessed babies, stepped over cultural divides, and even had time to engage the thief crucified alongside Him.

The five major metaphors of salvation underline all the more the degree to which Jesus identified with humanity in all of its frailty. In the law courts of heaven those who were once guilty are justified; in Christ they are declared not guilty. Through the cross of Christ those who were enslaved to satan, sin and flesh find their freedom. Those once imprisoned are redeemed, ransomed, set free. Jesus was tempted and tested by the devil. Enticed and opposed, He triumphed. The serpent (satan) bruised His heel (the crucifixion), but Jesus crushed his head (total defeat on every front). Christ is the victor in whom any embattled man or woman can find victory. The cross breached every divide. In Christ, God and sinner are reconciled, and because of this reconciliation, every other divide becomes reconcilable. Thanks to the cross even the worst of our enemies might yet be our friends. Furthermore, Jesus taught us that meaning in life is found in the will of God. For this we were created, and to this we are saved. Everyone has purpose, for accidental pregnancies are a reality, but accidental children are not. All of us are the work of His hands.

The oft-overlooked crux of the matter is well illustrated using a sci-fi analogy. Should we finally discover life on another planet – let’s call it Zork – then the best way by far to establish relationships with the Zorkians would be to travel to Zork as a Zorkian. Jesus laid aside the glories of Heaven and became another Adam. Just like us, He came to us, and so we can understand Him, for He understands us. His identification with us even enables us to understand the ways in which He is different from us, for example, His sinlessness and righteousness, because they are in direct contrast with us and ours. And, thanks to His identification with us, He is well able to explain the things of Heaven to us in ways we can understand.

Anything and everything provides a starting point for sharing the Good News of the Gospel. The good things, that reflect His grace, and the bad things, which attract His compassion and mercy. At every point of celebration, we joyfully give thanks to God, from whom all good gifts come. He is willing and able to bless, and not so only for the deserving. A baby born or promotion earned; reason both for words of gratitude or a prayer of thanks. And no matter the adversity, we can sensitively tell of our God, who understands. He is able to comfort, for He identifies.

Herewith something of a postscript thought of exceptional consequence in this day and age: When God tells us that He hates divorce, He makes the statement as a divorcee. The Scriptures are clear that He issued unfaithful, wayward Israel a certificate of divorce, and that He has bound Himself to the bride of Christ, a second wife if you will. His heart towards divorcees is compassion, not judgement; He knows their pain.

The facts about Jesus – who He is, what He did, and why He did it – inform life on earth of the realities of Heaven, no matter the circumstance at the time. The Gospel reveals Jesus. Simple as that!