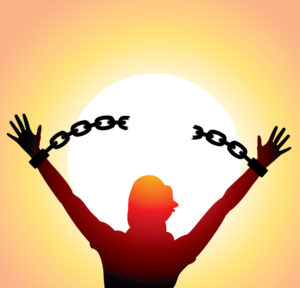 The freedoms granted us in Christ are Christ’s victories won, but couched in liberty’s language.

“For freedom Christ has set us free; stand firm therefore, and do not submit again to a yoke of slavery” (Galatians 5:1).

The freedom the Gospel brings is a wonderful thing. It is not dangerous, wild, or boundary-less. The Gospel’s gift is freedom in Christ, not freedom apart from Him. True freedom is not licentiousness or lawlessness. Those who live without restraint are not free, but prisoners of sin, satan and flesh. Freedoms in Christ are His victories appropriated, and appropriating these will always move us towards Christlikeness, and never away. The opening line of Freedom for Dummies would be, “It’s freedom from sin, not freedom to sin, silly!”

Like everything else the Gospel brings, it grants freedom unconditionally. No strings attached. The freedom that is ours in Christ is without rules and regulations. It is unmerited, and it can be squandered. For this reason the Bible wisely cautions us against using our freedoms to indulge our flesh. Why? Because, if we do so, we will once again find ourselves in bondage to our carnality. And why run back to that from which the goodness of God has delivered us? 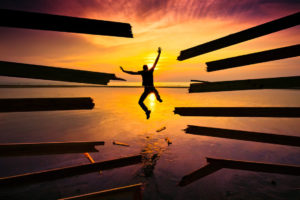 Those who are in the know tell us that most addicts require more than one attempt at rehabilitation before they’re able to break the cycle. This is because they typically misuse their early freedoms, flirt with temptation, and get themselves back into bondage that first time round. The fact is that the addict is only truly free when he or she uses his or her freedom to stay free. So it is in Christ. True freedom values freedom. In Him we are unfettered; free; no strings attached, and soon learn that to misuse that freedom is to relinquish it. The younger son in the parable ended in the pigpen thanks to the exercising of his rights and freedoms. Not the freest of outcomes, that. This is why Paul tells us that all things are lawful, but not all are helpful; all things are lawful, but not all edify. Just because we can doesn’t mean we should, and maturity can tell the difference between the two. Walking in this distinction – now that’s freedom!

The mechanism by which we are free in Christ is the same by which any of the other benefits of salvation become ours – death and resurrection. In the moment we believed, His story became ours, and we were placed in Him. Faith is confidence in this exchange, which in turn enables us to appropriate the richness of the salvation-package in its fullness. In the moment that we believe into Jesus, His victories become ours. All of them. Instantly. But it is believing that is receiving, and so it is in the day-to-day of our Christian living that the Gospel imparts revelation and faith, both of which work within us for the appropriation of these freedoms a little at a time. As we shall see in a later chapter (The Gospel Empowers), freedom from condemnation is the linchpin around which all of the many benefits of salvation are appropriated. This is so because it is impossible for a righteous man to be powerless. Increasingly the full assurance of our right-standing with God becomes the beachhead from which we possess our inheritance on an experiential level. The gift of righteousness persuades us that we indeed qualify, without exception, for everything that God has promised. On that foundation, believing is receiving. 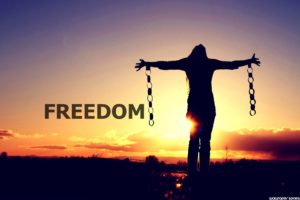 Then, in Christ, we are the justified. We are not guilty. We are righteous. We are condemnation-free. In Christ we are free from sin, and from its dominion. We have been forgiven, cleansed, and delivered from sin. We are saints (holy ones). Grace teaches us to say no to sin, for grace has loosened us from sin’s grip. Christ has also freed us from our past. We are no longer in Adam. Our baptism served as the funeral service for that old life of ours. We might still carry its scars, but not its wounds. Even Jesus carries scars, and they do not make Him ugly; on the contrary, His scars are medals all; veritable trophies of grace and mercy. We no longer have a sinful nature. Our old man was co-crucified with Christ. We are not who we once were. What freedom! In Christ, we are no longer subject to the dictates of our flesh. We are Spirit-born, Spirit-indwelt, Spirit led and Spirit-empowered people. By the Spirit, we put to death the deeds of the flesh. Our vestigial in-Adam-ness does not provide the drumbeat to which we march; we keep in step with the Spirit and are moved by the rhythms of Heaven.

The pressure is off. No more striving. No one left to impress, including God! We are free from trying to be and trying to do, for God has made us to be, and has prepared good works for us to do. The righteous requirements of the Law have been met in us. We are free from the Law’s demands (we are not under it), and we have been delivered from its curse (its accusation, condemnation and disqualification). Satan is a defeated foe. Christ has triumphed over Him. In Jesus’ name, demonic strongholds yield and demons flee. His power over us has been broken, and to us has been granted authority over him, in Jesus’ name. The world no longer fools us. We are no longer ensnared in the system that surrounds us. Its way of thinking is not ours; its value system no longer ours either. We are citizens of a kingdom that is not of this world, and our worth and ways are determined there. We are no longer ashamed. We are the forgiven, loved, accepted and affirmed – no matter what has transpired. God is not ashamed of us, nor is He embarrassed to be associated with us. He proudly, publicly, takes full responsibility for us. We’re His kith and kin now. He is the lifter of our heads, says the Bible.

Last but not least, we are free from fear. Even death, the last enemy to be conquered, has lost its sting. No judgement awaits us; only the consummation of our salvation. The Lord has promised that He will never leave or forsake us, and He reassures us constantly that there is no need for us to be anxious about anything. He is well able to take care of us; and He will; and He does. 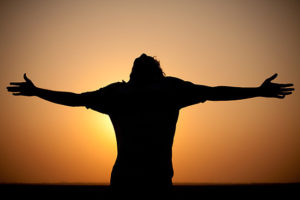 This chapter could be amplified exponentially. For instance, all sickness, war and poverty has its source in satan and sin. Jesus is Healer, Prince of Peace, and Providence Himself. The will of God is clear – Jesus taught us to pray heaven to earth – and there is no sickness, war or lack in heaven. Having couched the benefits of believing in the language of liberty, let’s not short-change the Gospel by misrepresenting its richness in any way. The truth is, the benefits of our salvation are a two-sided coin – freedom and fullness – which can and should be described, understood and received in abundance. Freedom and fullness in Christ, that’s the Gospel, and the Gospel believed is its benefits received.

A well-proclaimed Gospel will leave no room for an orphan spirit. Our God is our Father, and the Holy Spirit is the Spirit of His Son, the Spirit of sonship. Anyone who is in Christ is God’s child in God’s family, and is blessed. The old has gone; the new has come. The bad has gone; the good has come. Paul’s words help us to conclude the thought: “He who did not spare His own Son but gave Him up for us all, how will He not also with Him graciously give us all things?” (Romans 8:32).