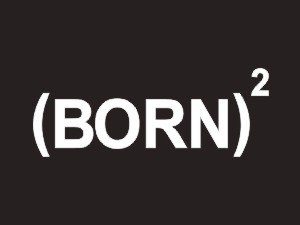 Our world is indeed a global village, and emigration (from) and immigration (to) common. In a way, this describes what happens when we believe into Jesus. But faith in Christ results in much, much more. As the Holy Spirit plucks us from in Adam and plunges us into Christ, there is a new passport, but there is also a new birth certificate! The Gospel literally regenerates. Emigration might make a South African an Australian citizen, but it can never make the South African an Australian genetically. Union with Christ accomplishes exactly that. The Bible is emphatic about this. Those who are born again by the Spirit’s power are born again with a new nature. They are no longer who they once were; they are altogether new. What they have become is not a reconditioned or improved version of their former self, but an entirely new self. “Born again” can just as accurately be rendered “born from above” in its translation. This helps us comprehend that the new birth is of holy, imperishable, eternal, incorruptible seed. The new nature is just like Jesus’ nature. Not like Adam, but like Jesus! Christians are born again from the same stuff Jesus is made of, and their new nature is effectively a twin of His.

The implications are enormous, and the Scriptures reiterate this truth in numerous ways. Peter’s writings teach us that Christians are participants in the divine nature. The book of Hebrews declares that anyone gathering with Christians is gathering with the spirits of the righteous made perfect. Paul described his body parts as the body of Christ. In this he went beyond the mere metaphorical use of language. We are not just like His body; we are His body. We are spiritual, and that’s not because we behave in “spiritual” ways, but because we’re spiritual in nature. Jesus is the only Son of God, but we are the sons and daughters of God. Christians are the residential address of God here on earth. Holy Spirit is in us. We are not like temples; we are temples. Christians have eternal life, and we have it now.

None of this implies that Christians are God; to suggest that is heresy. But it is to convey emphatically that Christians are born of God, and made of God-stuff. We are no longer of earth, but of heaven; and literally so, born and bred. Paul once again makes this point magnificently when dealing with the subject of the resurrection. Our Adam-suits (bodies) are perishable, weak, dishonorable, natural and temporal. Our new nature could not be more different. It is imperishable, glorious, powerful, spiritual and eternal. Our resurrection will be the clothing of our newness in an appropriate way, for that which came from Adam cannot adequately contain all that is ours in Christ.

Remember those Old Testament saints to whom righteousness was credited when they believed – the likes of Adam, Enoch, Noah, Abraham and David. They were put into right standing with God against the promissory notes of the sacrifices of their day. On the foundation of that gift they, and many others just like them, lived what can only be described as extraordinary lives. They healed the sick, raised the dead, circumvented death, and saw countless other miracles. Yet none of them received the Holy Spirit in the way in which we do today. Their sin was covered over, but not yet taken away. Righteousness was credited to their account, but they were not yet those made righteous in the same way we are. This resurrection life into which we are raised by the Spirit’s power at the moment of our re-birth was something longingly anticipated by those saints of old, and something which they only received after the cross. These saints went to the grave awaiting Christ, but for believers today, absence from the body is presence with the Lord. It was only together with us (in Christ) that these saints of old have been made perfect (their salvation made complete), for salvation only came in its fullness through the death and resurrection of Jesus.

Baptism means immersion, and the Scriptures use this term with reference to our inclusion in Christ, and with reference to the Spirit’s work in empowering believers. Taking a moment to think this through will be most helpful. In the days of old, when craftsmen plunged cloth into dye, it was said that they were baptising the cloth in the dye. Dip, dunk, immerse and plunge are all synonyms. Notice also that the cloth did not baptise itself, the point being that self-baptism is a swim and not a baptism proper. Notice also that the cloth when fully immersed was also saturated, i.e. the cloth was in the dye, and the dye was in the cloth. So it is when we come to faith in Christ. The Holy Spirit is the heavenly craftsman who immerses us into Jesus, uniting us with His crucifixion, death, burial and resurrection. In that moment, we are plunged into Him (included in Christ), and He indwells us (we are born again). These two things are simultaneous and inseparable, just like the cloth and the dye. Both also enjoy amplification as we respond to them and appropriate them more fully, and it is baptism that facilitates this.

As Christians are then taught that they are no longer in Adam but in Christ, they should also be taught that Scripture commands a response of faith-filled obedience. Baptism (immersion) in water celebrates their death and resurrection, testifying to its reality, and serves as a funeral service for the old life that once was but is no more. Extraordinary demonstrations of the goodness of God are often unleashed into the faith-filled believer’s life as the truths of the Gospel are appropriated through this simple, ever-so-tangible step of obedience. The hasty departure of demons is commonplace. So is healing from sickness of all kinds, and release from addictions and emotional pain. It has even been reported on occasion that ugly, disfiguring tattoos or occult-induced scars simply vanish. These good things happening are thanks to the Gospel at work, as vibrant faith, expressed in obedience to the commands of Jesus, accesses grace. The same sort of thing happens through the laying on of hands and the breaking of bread. These are not powerful rituals, but empowered means of grace, when appropriated by faith.

A similar explosion of transforming power accompanies baptism (immersion) in the Holy Spirit. It was the Holy Spirit who immersed the believer into Christ when he came to faith. Now, as this new believer learns that all life in Christ is by the Spirit, a desire for more arises deep within him. This is all of God, and as deep cries out to deep, Jesus steps in and baptises him in the Holy Spirit. He does so just as John the baptiser had said, “I baptise you with water for repentance, but He who is coming after me is mightier than I, whose sandals I am not worthy to carry. He will baptise you with the Holy Spirit and fire”. This immersion is for enabling, and the Scriptures describe it as such – a baptism for power. Experiences likened to encounters with water, wind, fire and oil are commonplace. Gifts are imparted; revelation abounds; joy overwhelms; peace proliferates; and this immersion in the Spirit is typically accompanied by speaking in tongues. Drunkenness in the Spirit is also not uncommon, as was the experience of the one-hundred-and-twenty in the upper room on the day of Pentecost. Believers who step into this vortex of life and power also learn that encounters of this nature are in the offing, and many pursue a lifestyle of repeated infilling as they desire to be conduits of more and more of the life and power of God. 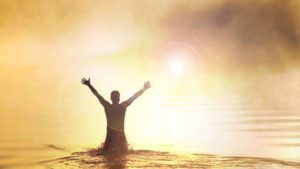 We have all been given far more than we’ve received. The Gospel is good news of glory, freedom and fullness, and even those amongst us who have experienced much have only just begun to enter into all that has been freely provided for us. In the moment of faith we are included in Christ, and the Spirit regenerates and indwells us, a deposit guaranteeing much, much more. And there is so much more! Our experience of Him intensifies, heightens, deepens and widens as we grow in God. The Lord works in our lives to bring us increasingly into what Paul so wisely refers to as the obedience of faith. Compliance is not a good motivator for water baptism or the infilling of the Spirit. There’s little point in subtly pressurising believers towards these things because “that’s what the Bible teaches” or “that’s what we do as a church”. We should preach and teach them unashamedly, and offer opportunity for them constantly, but be sure to anchor them in the perfect, finished work of Christ. Let’s have the Gospel impart the faith that will see believers responding expectantly and obediently. All of Christianity is by grace alone, through faith alone, because of Christ alone. All of Christianity is with the Father, through and in Jesus, and by the Spirit. These are things that cannot be legislated or administrated. Let’s preach the Gospel, and let the Gospel do its life-giving work.